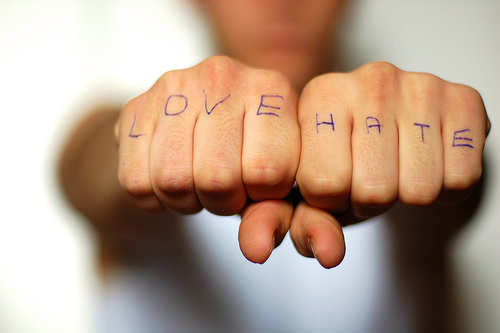 If it’s possible to be a failure-racist then that’s me. That sounds awkward when you read it out loud. Considering. You know. What a racist feels and all.

To be clear, I am not a racist. Not any more than you are anyway. As I type this I’m really hoping the “Grand Wizard” and his kkkronies don’t read this site. I should probably delete these last two paragraphs and save myself from the next episode of Misunderstandings In Cyberspace.

When I work on a project and it fails what happens isn’t pretty.

Have you ever hit a stray dog?

At the ripe age of 17 (Spring of 1998) I was driving down Utica Road near Dodge Park in Sterling Heights, MI and I saw a minivan – fucking Ford Astro minivan! – hit a gorgeous little deer. Commonly known as bambi.

Bambi’s beautifully-ignorant-of-traffic mother Mrs. Bambi had just run across the road and made it happily to the Meadow of Dreams and Safety on the other side. But Baby Bambi followed – as children are wont to do – and got clipped in the ass-thigh by some stupid soccermom in a minivan.

I got scared. I didn’t know what to do so I called my Mom at home. Not a soccermom and Zeus help you if you say any differently. (For some reason my Dad had a cell phone in 1998 and I borrowed it for this particular excursion. Stop asking questions.)

My Mom asked if the driver – whom I affectionately called Some Stupid Soccermom in a Minivan – stopped to see if Bambi was alright.

“Yes, Some Stupid Soccermom in a Minivan pulled over.”

“Well then there’s nothing you’re going to be able to do Son.”

OK, fine. So I drove on. But I was distracted. By Bambi. And by cell phones. And by stupid soccermoms and their stupid minivans. And by the fact that I was driving a god damn Pontiac Trans Sport minivan! Did that mean I was going to end up like Some Stupid Soccermom in a Minivan?

And then I hit a stray dog. 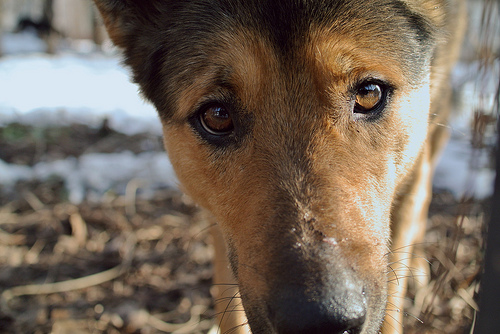 A couple years later my Parents flew into the Windsor, Ontaria, Canada airport after a vacation. We lived in Metro Detroit, near the Canadian border. I went to pick them up and decided I’d drive us all back as well. Gotta get that mileage in if you’re gonna be a good driver, you know?

It was dusk. The road was bathed in pale moonlight, filthy streetlamps, and a trash can fire. As we made our way towards The Land Of The Free Home Of The Brave From Sea To Shining Sea my Dad yelled, “Watch out!!!”

(Note to Dads and Moms and Humans and Parrots and other creatures of vocalized mimicry everywhere: Do not do that.)

I thought Dad yelled because of the dudes hanging out on the right side of the road who were just milimeters from being sideswiped by some distracted asshole. Me, for instance.

But if you thought for one second that I was going to accidentally plow down a group of Canadian hoodlums and end up a prison lifer – living on phone calls and commissary M&Ms; addicted to toilet hooch – well, you my friend are dead wrong.

Instead, I swerved to the left with a deftness that would make you proud. Really. The odds of you giving me a high five after that feat of vehicular maneuvering were astronomically in my favor. Any bookie would agree. 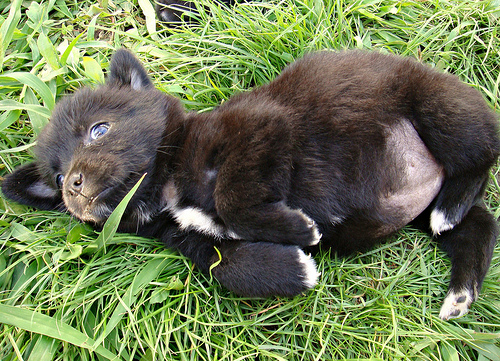 I slammed the breaks and swerved back to the right like I was the second coming of Dale Earnhart and missed that doggie.

The self loathing and self destruction which stems from my failures is nearly unparalleled.

Liquid adult consumables are guzzled with the fury of a thousand unbathed pilgrims roaming the desert and finally … finally! … after too many sun drenched hallucinations to count … finally! … stumbling upon an oasis. I don’t know what that means any more than you do. Please bear with me. Because if I fail at keeping you engaged I will sink another half litre deeper into the pits of despair.

But shhh, nobody knows any of this about me, so let’s keep it between us please.

You wouldn’t know this about me because for most of my adult life I’ve made myself fairly difficult to get ahold of and converse with. And since 2009? Whooo boy, I’ve been nearly impossible to get ahold of. Go ahead, call my cell phone. Oh, you can’t because I’ve had 10 different numbers in the past few years? I understand. Don’t worry. I don’t hold it against you.

That’s a lie. Why don’t you care? I hold it against you.

And then I wish I didn’t waste a time machine on something so stupid. Failed again.

But you know what? I’m trying. And if I keep failing?

Well, at least I didn’t kill any stray dogs. Success!

On a slightly related note I’m writing a book called Failure: What You Don’t Know About The Greatest Successes In History. Join the email update list so I can tell my future publisher, “Look! People want to read this. Now give me a nice advance and let’s play nice.” ;) Enter your email and click “Click to learn about Failure!”:

← Lessons Learned From Sitting On A Bicycle Seat For 61 Hours 12 Minutes
Faith: the world’s leading carcinogen. A simple proof even a 10 year old can grasp. →